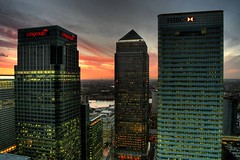 The introduction of women into the boardroom is still a relatively new phenomenon, but in recent times more and more of us are dusting off our power suits of a morning ready to embark on a new day in business.

With women such as Anita Roddick, top entrepreneur and founder of The Body Shop, Michelle Dewberry and Ruth Badger (winner and runner-up respectively of The Apprentice), demonstrating their astute business acumen, we are rapidly illustrating our competence in a predominantly male-dominated world.

However, a recent investigation conducted by the business advisory firm Deloitte has determined that women are still at a disadvantage in small business, according to a report by the BBC today. The research enquiry found that women are less likely to reach the top positions in an AIM-listed company than in a FTSE 100 firm.

The companies listed on the FTSE 100, (which are the biggest and most lucrative companies in business today), have 10% women on their boards in comparison to a meagre 3% in AIM listed companies, which is the stock exchange with no minimum size requirements for growing companies.

This is testament to the general trend apparent in the world of commerce, with women consistently overlooked for the top jobs. The Equal Opportunities Commission recently predicted that it would take 60 years for women to reach parity with men in the top positions in FTSE 100 companies, actually a rise on the 40 years predicted last year.

But why is it that we are trailing behind our male counterparts in business? Men are stereotypically regarded as being more adept at not only surviving but also prospering in the world of commerce, which is traditionally considered to be a highly competitive and demanding industry.

This is testament to society’s determination to hold on to the last vestiges of the dark ages, when men went out to throw twigs at anything that moved as a means of foraging for food, and we stayed behind suckling the young, filing our nails on rocks, waiting longingly for our men to return.

Despite their inaccuracy, these generalisations have permeated the national consciousness, meaning that women are growing increasingly reluctant to compete in big business for what is considered to be a ‘man’s job’, and employers are unwilling to promote us for fear our fluffy pencil cases and teddy bears may distract us from our work.

It’s also a simple case of biology, with the introduction of more stringent regulations outlining maternity entitlement meaning that young women are often discriminated against (however discretely) by firms owing to the fear that they may go and get themselves up the duff and leave the company in the lurch. And nurturing the nation’s youth does not a good business mind make, apparently.

Although the government founded the Women’s Enterprise Task Force this month to try and encourage women to set up companies, until these preconceptions about the capacity of women to acclimatise to business are broken down, it will be hard for us to firmly establish our presence in industry. It will only be as new generations of enlightened men and women rise through the ranks, knocking the fat cats who hold on to outdated tradition off the top spot, that we will be able to prosper. Sad but true.

Photo by stuart100, shared under a Creative Commons license