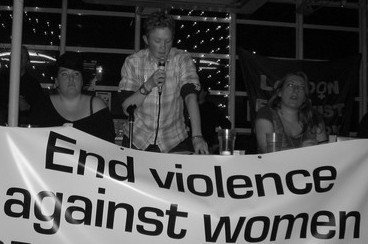 It would not be inappropriate to describe Finn Mackay as one of the cornerstones of today’s feminist scene.

As well as bringing the women-only Reclaim the Night marches back to the streets of London for the first time since the 1980s, Finn, aged 30, operates one of the most active feminist discussion and activism groups in the capital.

Nominated as a world-changing woman in a 2006 Guardian poll, Mackay identifies herself as a radical lesbian feminist.

Chatting over (vegetarian) sandwiches in a central London cafe, and later by email, she explains exactly what that means: “To me radical feminism isn’t so much radical as common sense. Yes, we do live in a world characterised by an unequal devision of power.” And Mackay sees herself very much in the tradition of the women’s liberation movement of the 1970s. “It’s good to talk about the history of feminism. That’s where I have a problem with the term third wave. When did the second wave finish?”

Women want to speak out, to voice how angry they are

Indeed, at the tender age of seven, Mackay already looked up to women protesting Britain’s nuclear arsenal at the peace camp at Greenham Common. And, at the age of 17, she left her home in Scotland and joined a similar camp in Yorkshire. “So when I left school I phoned CND and asked if there were any permanent women’s peace camps left in the country and they gave me a contact for Menwith Hill,” she explains. “I lived there permanently for about a year and half. Living in a caravan, cooking outside on the fire, spending Christmases and New Years at camp, getting arrested, organising demos, writing newsletters, chopping wood, swimming in the nearby reservoirs.”

“I met my first girlfriend there and moved to Leeds. It was there I was priviledged to meet lots of radical and revolutionary feminists who had been active during the 1970s,” Mackay adds. And, even now, Menwith Hill remains a key influence. “It was incredibly empowering. I think to myself, if me and five other women can hold up a nuclear convoy sitting in the road singing songs, if we can face down military police with machine guns who are baffled by our peaceful but solid resistance, then I can do anything.”

And no doubt Mackay brings something of this spirit to organising the Reclaim the Night revival. Along with the Lilith project, Mackay resuscitated RTN in 2004, attracting around 50 women to a march through London to protest sexual violence and unsafe streets. While the protests have become gradually more popular, the latest march in November 2006 was the most successful yet, drawing in an estimated 1,200 women.

“The work that we had to put into that was something else,” Mackay says, noting that a relatively small group of five volunteers is responsible for planning and promoting the event, while working full-time. Work has already started on organising the 2007 march, although it is still over eight months away.

Mackay puts down the increasing number of women seeking to take to the streets to a general ferment of unease about the sexualisation of women in the media. “They want to speak out, to voice how angry they are,” she says, with a characteristic flush of enthusiasm.

Who are the feminist mums of the future?

And RTN has been helped on by support from other organisations, including the National Union of Students. While the NUS had supported marches in previous years, in 2006 it was headline news on its website for NUS officers and students were urged to attend. It also described violence against women as being of epidemic proportions.

Mackay was sent a link to the NUS website. “I was crying,” she says, “I thought: ‘This is actually a really big deal. That will effect how feminism is seen by young people.'”

But although RTN – and the London Feminist Network, which is adding to its membership daily – was buoyed by support from other organisations, Mackay notes that it has also tapped into a wider trend.

For example, a debate organised by The Guardian last summer on Ariel Levy’s book Female Chauvinist Pigs, was so over-subscribed people were turned away at the door. “There’s many little moments like that, and I feel the tide is turning,” Mackay says.

But it is still only a few women who are motivated to get involved in some form of feminist activism. “The backlash is still in full swing,” Mackay explains. Asked about the importance of tapping into this mainstream of society, she adds: “It’s how to have that conversation about the way women are represented and how to get that into the common discourse [that is the challenge].”

Indeed, she says, one reason why there has been an upsurge of activism is that things have got so much worse. “Today there are more licensed lap dancing clubs in the UK than there are rape crisis centres. This was not the case in the 1970s. Then a woman had a one in three chance of seeing a rapist convicted, today it’s one in 20.”

But one limitation on the numbers of people out on the streets is, paradoxically, that people are too contented. “We are the fourth richest country in the world. A lot of people think they have got pretty much enough.” And when this comes down to feminist activism, the numbers are slimmed down again because many young women only wake up to being feminists once they encounter discrimination themselves: something which, at least for many middle class women, is postponed until their first real job. “Young women too often find the workplace is a hotbed of sexism and discrimination,” Mackay comments. 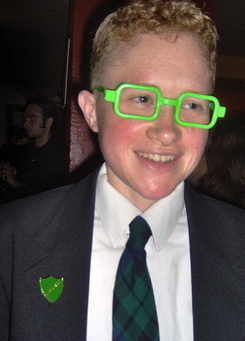 And even though feminist messages are seeping slowly into mainsteam debates in the national press, Mackay warns that there is a danger of confusing and damaging messages getting taken up as the “feminist” solution. “What’s being mainstreamed is liberal, equality rights feminism.” For example, following the murders of at least five women in Ipswich, some of which were working as prostitutes, voices began to be raised in favour of legalising prostitution.

But that’s not to say that there is no room for reform through Westminster and the mainstream political system. “There’s a lot that can be done legally,” Mackay says. “[Legislation] can drag society up with it, or you can have social change that brings the government with it.”

For instance, the prostitution laws do need to be reformed, she argues, but along the lines of Swedish legislation that criminalises those buying sex, but not prostitutes. The UK has yet to sign up to European regulations that would guarantee protection to women trafficked into this country and sold into sexual slavery. And key provisions of the Domestic Violence Crime and Victims Act 2004 have yet to be brought into force. These reforms would, among other things, allow police officers, social workers or neighbours to testify in domestic violence trials, so abused women are not forced to appear in court.

The main provisions within the act to be brought into force so far are those to do with familial homicide, meant to provide a way to hold whole families to account for the abuse and murder of children in their care. “There are women who have been sent to prison under this law because their violent, abusive partners have murdered their children,” Mackay says.

Other projects that could be resolved within the system include poor provision of education about sex and consent within schools, not least by training teachers to deal with issues of sex abuse, child abuse and consent within relationships.

On the other hand, protest and political agitation also have a role to play. “Direct action is fun, it’s exciting and it’s empowering,” Mackay says. “You will always get people who think some things aren’t as radical as they should be. I just think all resistance is good. No-one should be made to feel less of a feminist or less of a radical because of their type of resistance. You’re an activist if you change people’s minds. That’s what politics is, it’s our everyday lives. How much we are paid, what we eat, how we raise children, whether we sign petitions in the street or not, give to charity or not, where we work, what we buy, who we live with, how safe we feel walking home at night, what we think about our bodies, whether we decide to have children.”

And she adds: “I’m into empowerment. Women are beaten down enough as it is. I think all women are powerful. We should all take more time to look at how far we have come and what we have achieved. And remember that this was against all the odds. We were never meant to succeed, but we have and this is only the beginning.”

Jess McCabe is pleased by the idea that activism doesn’t have to involve direct action, because she has too many emails to answer to take to the streets, and her marching boots are woefully dusty