His ‘n’ hers guide to greatness? 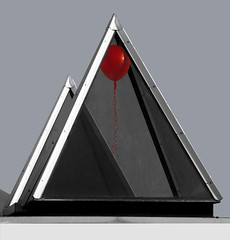 Research based on more than 17,000 men and women claims to have identified the key personality strengths to which the average Briton aspires, according to a report in The Independent today.

The investigation, led by Dr Alex Linley at the University of Warwick and reported in the journal of ‘Personality and Individual Differences,’ found that men set most importance in the demonstration of an open-mind, whereas women aspire to be fair. Both sexes regarded spirituality as the lowest ranking personality trait.

Researches collated the information from questioning a diverse range of adults over the age of 18, including graduates, doctors, nurses, chief executives and business owners. Those taking part in the study were asked to choose a statement that best described them, and rank them on a rising scale of 1 to 5.

Each quality was represented in the mind of the individual by a specific person. For example, men associated an open-mind with Winston Churchill and curiosity with Isaac Newton, whereas women equated fairness with Princess Diana and kindness with Florence Nightingale. Men ranked creativity higher than women, with women showing preference for love, gratitude and beauty.

What this study was hoping to determine is not clear, but personally I find such investigations tenuous. It is notable that the qualities regarded as most admirable by men, were associated with famous men, and for women the trend was the same. There was no cross over, with men failing to admire the love of learning displayed by Baroness Susan Greenfield, and women not aspiring to Andrew Lloyd Webber’s [ed. so-called] creativity (or at least not enough so for it to be mentioned in this article).

This report demonstrated the disparity existing between the sexes, and how the stereotypical assumptions as to how we should behave have permeated the national consciousness so much so that we automatically assume that this is how we are supposed to behave. Women were shown to be the nurturers, men the thinkers, but the reliability of such findings has to be questioned, since is it difficult to disassociate ourselves from cultural expectations which would, of course, distort such findings.

Perhaps we are reluctant to aspire to qualities openly displayed by the opposite sex for fear of betraying our gender? But surely as we push for equality this attitude is outdated and extremely counterproductive.

Photo by recursion_see_recur sion, shared under a Creative Commons license