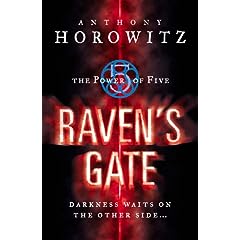 Alan Johnson, our education secretary, has proposed that school libraries should be stocked with a special shelf of books with “fighting, spying and sporty working-class heroes” aimed at boys, The Guardian reports.

The aims of the proposal are laudable:

Every secondary school library should have a “boys’ bookshelf” stacked with contemporary authors such as Melvyn Burgess and Anthony Horowitz to provide “positive, modern, relevant role models” for boys who are reluctant to read or nervous about being bullied as a “swot”, he told a Fabian Society meeting in London.

More action-packed fiction and more attention-grabbing teaching could help boys engage with their learning – and benefit girls too by making lessons go more smoothly, he suggested.

In fact, this programme would be pernicious in the extreme. It is not the job of schools to reinforce these gender roles that children will be in all likelihood picking up from many other areas of their lives. It’s the job of the education system to debunk those rigid roles set out by society.

He added: “Later, in the early years of secondary school, the importance of reading cannot be overstated, as literacy is so important to achievement in other subjects. Boys like books which depict them in powerful roles, often as sporting, spying or fighting heroes – not just Jane Austen, but a necessary dose of Anthony Horowitz as well.”

Now, I don’t necessarily disagree that Horowitz should be on the table. But children should be exposed to literature which depicts both boys and girls, women and men as powerful, and provides good role models for all. Why gender this programme? In doing so, Johnson risks ruining a well-meaning attempt to get more boys reading.

Indeed, considering that all of popular culture is saturated with images of heroic men and generally less-heroic, less-strong women, you would not think that schools needed to reinforce these tropes any more.

And there I was just starting to like Johnson.