Pupils to read children’s books with lesbian and gay characters 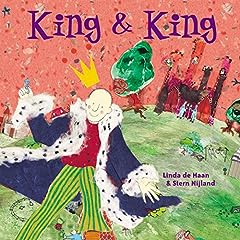 Children in 14 schools will be introduced to books with gay and lesbian characters.

The Guardian reports on some of the books to be included in the pilot, which will extended across the country if successful:

A queen wants her son to get married and become king. She arranges for a string of princesses to meet her son but he does not fall in love with any of them.

In the end it is one of the princesses’ brothers who catches his eye. The princes get married and become two kings.

A little girl who is about to set off on a space mission falls ill. Her two parents, mummy Loula and mummy Neenee take her home to look after her but then they fall ill too. When she recovers, the spacegirl puts back on her suit and goes on an adventure to space.

Two male penguins, Roy and Silo, live in a New York zoo but feel left out when all their friends pair up. They spend all their time together until the zoo-keeper realises they must be in love. The zoo-keeper gives the couple an egg and Tango is born, the first penguin in the zoo with two daddies.

Apparently Waterstones has “alerted its stores” and will begin selling the books if the pilot is successful. Which rather makes me wonder at the fact they weren’t selling them in the first place.

Elizabeth Atkinson, who is directing the programme, called No Outsiders, has these sensible words to say:

‘What books do not say is as important as what they do.’ Atkinson argued that leaving images of gay relationships out of children’s books was ‘silencing a social message’, and could end up with children being bullied later in their school lives if they were gay or were perceived as gay.

Of course, the usual suspects have come out against the pilot, with lots of paranoid talk about parents that would be “aghast” if they only knew, and “forcing” homosexuality on children.

One of the books, King & King, has already caused controversy in the US. But I think Caroline Roberts of Bostonist has it down:

When will these parents learn that their kids aren’t going to “catch the gay” from books.

One Parent Family Scotland has a list of books which involve gay families in the story lines.