A nineteen-year-old Islamic woman who was kidnapped and repeatedly gang raped by seven men is to receive 90 lashings as punishment, a report by Fox News has revealed. 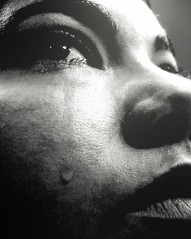 The woman, who has been identified only as “G,” is to be reprimanded for the “crime” of being alone with a man who was not related to her under current Islamic regulations.

The ordeal began when the woman in question agreed to meet a man who had threatened to tell her family that they were having a relationship out of wedlock, something that is illegal under the current Saudi judicial system. Having entered the blackmailer’s car, the pair drove off together, stopping only when encountered by two other cars, out of which came men armed with knives and meat cleavers. The woman was then raped 14 times over a three-hour period, with one of her attackers photographing her with his mobile to collect material to later blackmail her.

The woman did not tell her family, and attempted suicide out of fear that naked photographs of her would be circulated, ruining her reputation. Although five of the rapists were arrested and given sentences ranging from 10 months to five years, the Saudi justice ministry claimed that the rape could not be proved owing to the lack of witnesses and the fact the men had later recanted their confessions.

The judges decided to sentence the woman and her original blackmailer to lashes for being alone together in his car, although the woman is now appealing to Saudi King Abdullah to intervene:

“I asked the king to consider me as one of his own daughters and have mercy on me and set me free from the 90 lashes.”

It seems almost unfathomable that a system implemented to enforce justice would order a woman to be punished after having to overcome the emotional and physical anguish precipitated by this series of events. Proposing that the woman should be lashed alongside her original blackmailer suggests that she was, in some way, accountable for what happened to her, instead of recognising her as the victim of a brutal attack, and someone who should be protected by the law and not heralded as an example of what happens to women who ‘misbehave’ (which seems to be the case here). Whether or not Islamic law permitted the interaction of men and women out of wedlock (which I personally think is an unrealistic expectation), surely this alleged ‘wrong’ committed by this woman is negated by the fact that she was subject to the most brutal form of sexual objectification and degradation?

It centralises the denigrated status of women in Islamic society, and the pressure placed upon them to exuberate purity, virginity and chastity at all times. After all, had this woman not feared the damage that would be done to her reputation owing to the revelations the original blackmailer was planning to make, she would not have met him. She would have been regarded as having brought shame upon the family, as a ‘harlot’ and a ‘whore,’ and it was in attempting to prevent this from happening that she was abused in the most base and barbaric way. It’s not right that she should now be punished for it, because for what is she being punished? For trying to ensure that in a society in which women are subject to the most stringent scrutiny that she was not seen as being in some way transgressive? What this ruling suggests is that her ‘unlawful’ meeting was on some level equal to the crime inflicted upon her, which is disgusting as much as it is ridiculous.

Photo by Fran-cis-ca, shared under a Creative Commons License