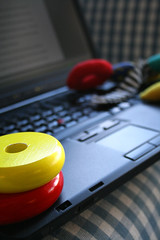 Women continue to be discriminated against in the work place, the Equalities Review has discovered, according to a report by the BBC.

The investigation found that a partnered woman with a child under 11-years-old was 45% less likely to be employed than a man in the same position.

According to the report women are subject to more discrimination in the workplace than ethnic minorities and people suffering disabilities, with the Chairman of the review, Trevor Phillips, believing that such prejudices are preventing individuals from fulfilling their true potential in the work place.

The review found that disabled people are 29% less likely to find employment than those without a disability, and that Bangladeshi and Pakistani women are 30% less likely to get a job than their white female counterparts holding the same qualifications.

A survey of 122 recruitment agencies also revealed that 70% of clients asked them not to employ pregnant women or those of a childbearing age.

Trevor Phillips went on to remark that:

“Equality is not a minority zone – the majority of people in this country are women and disadvantaged.”

The report calls for the introduction of more stringent measures to tackle inequality in the work place, but Professor Liz Kelly, Chairwoman of the End Violence Against Women (EVAM) campaign, believes that this disparity has to first be tackled on a domestic level:

“The commission must provide fresh thinking about the way we address violence against women, shifting the current approach of mopping up to one of preventing violence in the first place.”

The conclusion of the Equalities Review, of course, became the centre of much media attention, with national reporters denouncing employers for their unfair treatment of women. This was rightly so, but unfortunately the motives of these reporters have to be questioned, and whether their dissection of this report was done solely in the name of ‘political correctness’ of emanated more so from a genuine desire for change.

The cynic in me believes the former; that this was just another news story for the hacks to tear to pieces like unwieldy birds of prey, without giving due consideration to the implications of what was being exposed. What the review uncovered was that the white male still reigns supreme in a society that claims to give opportunities to every one, regardless of age, race, gender or physical disability.

Let’s just hope that this time something will be done, because the more the media denounces the disparity between men and women without actively forcing change to take place, the more likely the general pubic will begin to become desensitized to such revelations, and we will be dismissed as nothing more than a gaggle of moaning women.

Photo by BookMama, shared under a Creative Commons license