An unlikely home for feminist blogging 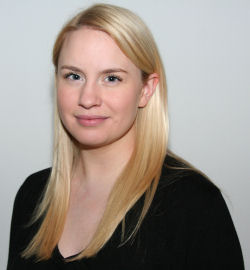 But what is it like to operate as a feminist in one of the most right-wing newspapers in the country? And why has the Express gone down this route? Thompson answered our questions by email.

What was your beat before the blog?

I am a trainee at the Daily Express and have been here about seven months. For the first six months I worked on the relaunch of the Express website and now I work on the personal finance desk.

How did you get involved in the idea of launching a feminist blog – was it your idea, or the Express’?

It was actually my boss’ suggestion that I blog about feminism – he knew I was a feminist and wanted the website to feature a diverse range of opinions that may not necessarily be reflected in the paper. I jumped at the chance to produce the first national newspaper’s blog that is explicitly feminist.

How long have you been a feminist?

I’ve been a feminist since I was about 17. As a teenager certain things always made me uncomfortable – the constant self-scrutiny of girls on diets, lads reading FHM in the common room, being leered at by lorry drivers as I walked to school, etc. I remember being taught feminism in Sociology and realising this was an ideology that summed up my perspective on things.

Why did you want to start/be part of a feminist blog?

I wanted to start a feminist blog because I believe women’s issues are under-represented in the media. Newspapers are still largely run by men and as a result women’s issues are often not put on the agenda. The fact that there is still a half-naked woman on page three of our best selling newspaper says it all. When women are written about, it is often in an offensive or misleading way – the furore surrounding the Muslim veil is a good example.

The purpose of the blog is to highlight issues that may not have received much attention in the press, or to comment on stories that have received attention but have been reported or commented on offensively.

The Express has not got a reputation for being particularly feminist – how receptive are the editors to your ideas for the blog? Working for the mainstream media, how much control do you get over the contents of the blog?

The online editor has been very receptive to all my ideas. I decide what to write about and my work is only changed for the occasional spelling error! There is no secret agenda to curb the blog – as long as I don’t write anything libelous I can basically say what I want.

Why is the Express launching a feminist blog now – and does it mark a change in editorial direction!?

The feminist blog does not signal a drastic shift in editorial stance – but it does obviously show how the Express is utilising the web’s flexibility to showcase new voices and ideas – which is great. Of course the blog is not going to reach as many readers as our regular columnists in the paper – but if readers do want different perspectives, the website provides that choice.

I am probably the only feminist in the building and the blog has raised a few eyebrows amongst other journalists – male and female – in the newsroom. I think people assume it’s going to be a man-hating rant – a common misconception about feminism!

In your posts you mention the often poor media coverage of serious women’s issues in the mainstream media, but the Express has come in for its share of criticism on this score: how does this all gel together?

I don’t think the Express is seen as a particularly sexist newspaper – not in the same way as the Daily Mail or the many of the tabloids. I think the Express, in allowing a 21-year-old feminist free reign with her own blog, has gone further than most other newspapers in giving a much-needed voice to young women in the media.

Lauren has recently set up a feminist book group, which meets once a month. For more information, please email her at [email protected]