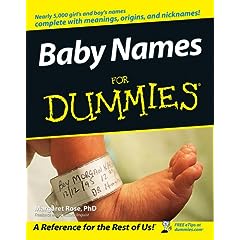 Girls with “feminine” names like Elizabeth or Emma are less likely to study maths and physics after the age of 16, The Guardian reports.

Both subjects, which are traditionally seen as predominantly male, are far more popular among girls with names such as Abigail, Lauren and Ashley, which have been judged as less feminine in a linguistic test. The effect is so strong that parents can set twin daughters off on completely different career paths simply by calling them Isabella and Alex, names at either end of the spectrum. A study of 1,000 pairs of sisters in the US found that Alex was twice as likely as her twin to take maths or science at a higher level.

The study reveals how deep-rooted our ideas of feminine and masculine behaviour really are – putting the difference down to self-fulfilling expectations of what an “Isabella” is likely to do.

There are plenty of exceptions but, on average, people treat Isabellas differently to Alexes,’ commented David Figlio, professor of economics at the University of Florida and the author of the report. ‘Girls with feminine names were often typecast.’ Figlio pointed to the controversy that arose over the first talking Barbie’s phrase, ‘math is hard’. ‘It is a stereotype, and girls with particularly feminine names may feel more pressure to avoid technical subjects,’ he said. Not that they were any less capable. When the Isabellas, Annas and Elizabeths took on their tougher-named peers in science, they performed just as well.

But, if this naming business is so influential, I wonder if it doesn’t also at least slightly reflect the upbringing given to children whose parents would hand out very feminine names?

By the way, if you’re interested in how the researchers managed to linguistically measure the femininity of the names, it’s not really clear what that test involves, or how it calculates what is surely a rather subjective judgment. But we do get some surprisingly precise “measurements” of the femininity of some common names: