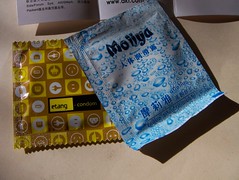 A high-up official at the World Bank ordered all references to family planning to be deleted from a report about Madagascar, according to The Guardian.

According to a leaked email, Juan José Daboub, managing director of the World Bank, “ordered staff to remove all references to family planning from its country assistance programme document for Madagascar”.

The Guardian understands from sources close to the Africa region that specific targets relating to contraception were also deleted. The original draft committed the bank to work to increase contraception uptake from 14% as of 2004 to 20%. The final document contained no goal.

It’s unclear why this has happened, but the story states that there are concerns for reports on other countries in the region may also have been altered to eliminate references to contraception and family planning. The World Bank’s response is particularly unclear:

Yesterday Mr Daboub said the bank’s policies had not changed in any way. A statement from the bank added: “Mr Daboub says he recognises that he is the managing director of an institution that implements policies approved by an international board of executive directors, and that his job is to execute those policies, independently of what his personal views on any particular issue may be.”

Paul Wolfowitz, the bank’s president, has also claimed there is no change: “I want to make it clear, personally; I think reproductive health is absolutely crucial to what I have said over and over again is a major part of the development agenda.”

All of which is fine, but completely fails to address the issue of why targets on contraceptive uptake and family planning have been removed from this report. As the World Bank is a major provider of funding to developing countries, this is particularly worrying.

Photo by kafka4prez, shared under a Creative Commons license