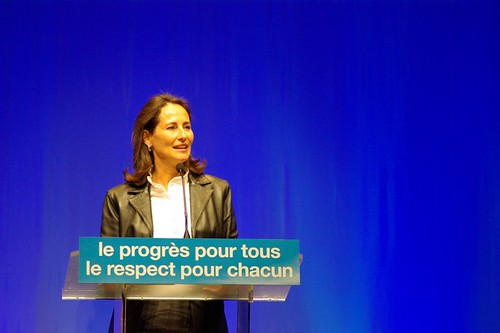 It’s irritating how, when women strive for public office there seems to be as much attention paid to their hairstyles, outfits and shoes as there is to their policies and, you know, things that matter. The sort of things they rarely ask a man.

The Independent chipped in this morning with a piece of serious and powerful journalism concluding that, regardless of who has won the ‘war of words’, Segolene Royal has won ‘the style war’. I’m sure their verdict will console her if, as predicted, she loses on Sunday …

Fortunately there is at least Madeline Bunting on today’s Guardian Online ‘Comment is Free’ section to point out the misogynist tactics of the right-wing Sarkozy and actually contribute some sensible analysis of the debate. She puts forward a fascinating point about the way in which men use the phrase “calm down” to belittle and undermine women in debate. Worth a read.

Photo by Francois, shared under a creative commons license.