How Do We Deal With FGM? 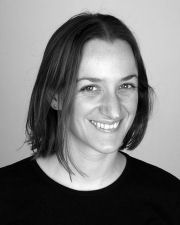 As Louise blogged, there is a rather shocking video out which you can download from IRIN News, the video is linked on the right hand sidebar. It shows how widespread the practice of female genital mutilation (FGM) still is and how little is actually being done about it.

At the same time I have just read The Caged Virgin by Ayaan Hirsi Ali. Ali is regarded as an extremist by many, principally those who think that religion somehow trumps human rights. Personally, I agree with a great deal of what she says. She believes from her own experience as a translator in the Netherlands that FGM is still widely practiced in the Western world behind closed doors, that many girls living in the west are taken abroad for FGM, and that something should be done about it. And she advocates screening girls from “at risk” communities on an annual basis and prosecuting parents who allow their daughters to be mutilated.

There’s no doubt that such a screening process would be viewed as intrusive, and as singling out and stigmatising those communities defined as “at risk”. I have an alternative solution:

Give all children an annual health check-up, by a same-sex specifically trained nurse, which includes checking the genitals.

This is clearly achievable – when I was a child we were all checked by the nit nurse for head lice and we all received certain inoculations – and would likely have the added benefit of identifying a significant number of children being sexually abused (I have recently read an autobiography of a victim of child abuse who suffered genital herpes in infancy, some children being physically abused, early signs of diabetes, unhealthy lifestyles and all kinds of other conditions that parents may not have noticed or may be deliberately keeping quiet about.

What we can do about the practice of FGM overseas is a tougher call. In the areas where it is most prevalent, it is often supported by the government. Most advocacy groups and charities oppose the practice but almost no-one has an actual program in place that specifically addresses the issue. However the one organisation that does at least collate information globally on the subject is in need of volunteers with computer access and skills and time to spare (maybe that’s you…).