How to achieve pay equity in five steps 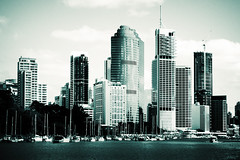 KnowHRBlog has come up with a list of five steps to close the pay gap between men and women in the workplace.

Aimed at human resources professionals, what is most interesting to me is that the list only starts with doing a survey of pay and fixing any inequalities that such a survey turns up.

Put gender-based pay inequality on the discussion for each and every pay strategy session that you have with other senior managers.

Scream from the rafters that you won’t tolerate gender-based pay inequality, make it a much-discussed policy, and fire people who think it’s okay to pay men and women differently for the same job.

Even to my ears, this sounds extreme. But, really, it shouldn’t. Discrimination is unacceptable behaviour: and yet how many organisations build this into the contracts employees sign when they are hired?

After blogging about the pay gap so many times, it’s nice to finally read some practical solutions to the problem. Although, of course, they are only applicable to organisations large enough to have HR departments, and the majority of the British workforce is employed by small businesses. (Via Race in the workplace).

Photo by monkeyeyc.net, shared under a Creative Commons license