How to Have a Baby Girl 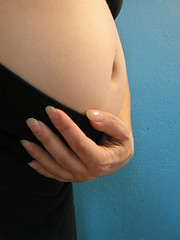 A recent interview on LK Today with a mother claiming to have successfully conceived a girl through the Shettles Method has given a depressing reminder of just how entrenched gender stereotypes still are. According to this woman, conceiving a girl was achieved, not only through adherance to the principles underpinning the method discussed but also by taking her mother’s advice to be more “feminine” in terms of what she wore and how she behaved, with the latter apparently manifested in her being “more understanding” with her husband.

To top it all off, she wasn’t allowed to have an orgasm during sex, as the Shettles method states that “the body produces substances after orgasm that makes the vaginal environment more alkaline, which favours the “boy” sperm.”

When asked why she wanted a girl, she said “boys leave” and that she wanted someone to care for her in her old age. (That’s right women, it’s still your lot in life to be the one to wipe the bums when the men refuse to.) She even added that boys can be “so rowdy” and mentioned their apparent predilication for toilet humour. (I guess little girls are just too busy preparing for all that serious responsibility to bother with such silliness.)

Remember Valerie Grant telling us that that women who score highly on personality questionnaires designed to measure dominance are more likely than “less dominant” women to conceive sons? (Note to female readers: you wouldn’t be here today if your Mum wasn’t such a weedy wimp!) Sadly, it seems that, just like that particular study, the Shettles method is being used as yet another useful tool for helping people to take comfort in tired old stereotypes.

Photo by Sharyn Morrow, shared under a Creative Commons Licence.