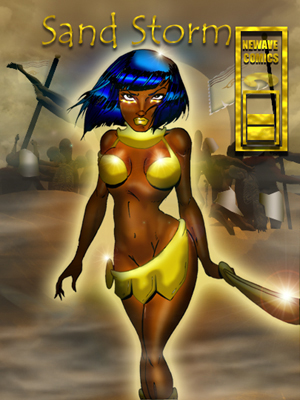 A new society has been formed to support black women comic creators.

The Ormes Society is named after Jackie Ormes, who drew a comic strip for the Pittsburgh Courier called Torchy Brown in the 1930s. According to Wikipedia, the strip was “a humorous depiction of a Mississippi teen who found fame and fortune singing and dancing in the Cotton Club”.

The society runs a great blog, with lots of updates on the work of its members.

It is also looking for members.

Cheryl Lynn, a founding member of the new group, explains:

The Ormes Society would be a bit of a stepping stone or gateway. It’d be a place where black female comic creators and fans could (1) find each other (2) share our creations (3) talk about topics that are important to us and (4) gain the courage needed to bring those thoughts and creations to the larger comic reading/creating audience. It would also be a place for editors, fans and fellow creators to find us and share their thoughts about our work and about topics that pertain to black women in comics (both in the pages and behind the scenes).

In other comics news, Tank Girl is set to return… but will she still be as good? BoingBoing has seen the first issue, and is impressed. In this re-make, Tank Girl loses her signature look for what appears to be a skirt-suit with a belt made of grenades.

Meanwhile, the Iranian government has lodged an official protest about the film-version of Persepolis being shown at Cannes. Forbidden Planet has more.