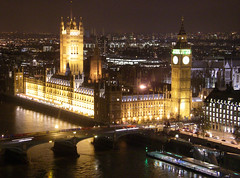 She was formerly Chief Whip, but this seems to be a major promotion, as she has not headed up a government department before. On the plus side:

But on the other hand, she looks set to carry on the increasingly authoritarian tradition of British Home Secretaries. Looking at her voting record, she has supported, among other things:

I can hardly wait to see absolutely nothing change at the Home Office.

Meanwhile, the rest of the Cabinet is even more male-dominated than before now that Gordon Brown has become PM. The BBC has put together a handy guide, but these are the highlights:

Photo by andy.d, shared under a Creative Commons license