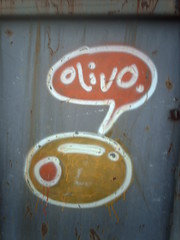 Comments received during the month of May are now available to read here.

By far, you responded in greatest numbers to Eleanor Turner’s feature in which she documented the trials and tribulations she faced with her new husband when they decided he would take on her last name, rather than the other way around. Messages of support flooded in, but also messages of frustration over the blocks society continues to place in the way of married couples who break tradition.

Our guest blogger Kate Smurthwaite’s post on the “women’s” blog Jezebel provoked a storm of criticism, mostly accusing Kate of failing to get the joke. You can read those complaints on the comments page, as well as Kate’s response.

As usual, though, readers continue to write in about features new and old, with a variety of different and always-interesting perspectives. So check out the comments, then maybe leave one of your own.

Photo by hugovk, shared under a Creative Commons license