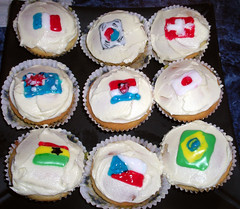 In the first installment of this month’s bumper update, we have some fabulous stuff for you to read. But check back soon, because we’ll be keeping it coming over the coming days.

Feminists are caricatured as ugly and fat by society. Assuming a recruitment drive for swim-suit models is off the table, Samara Ginsberg considers what we can do to fight back

A woman commentating on the beautiful game? Whoever heard of such a thing. Katherine Stanton confronts the sexist response to Jacqui Oatley’s first stint on Match of the Day

A feminist guide to ballet

From body image to ultra-femininity, ballet has a bad rap with feminists. Returning to classes for the first time in 15 years, Jess McCabe finds her inner ballerina

The circle of expectations

We all like a good laugh. But, George Mason argues, the antics of Oxford’s improv troupe reveal the lingering shadow of gender stereotypes

Photo by dave_apple, shared under a Creative Commons license