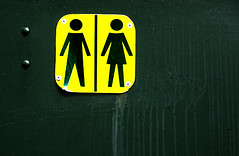 Researchers at the University of Arizona have indicated that women do not talk more than men. As one of the researchers states, the notion that women are the chatty ones has become “part of the cultural mainstream” so I’d say the need to challenge it is pretty long overdue. The BBC, however, prefers to report on the research in the sort of manner one would would expect had the research highlighted some great divide between the sexes. To be fair, the article reports that researchers have “laid waste” to the long-held belief that women talk more. The trouble is it then goes on to dedicate most of the piece to wallowing about in the waste itself and speculating about what words are more likely to come out of the mouth of one sex than the other’s. According to the study, the typical woman speaks an average of 16,215 words a day, while a man speaks an average of 15,669. This difference is so small that it is not statistically significant. However, that doesn’t seem to matter to the BBC news magazine. In fact, it appears so determined to use even the tiniest margin as an excuse for a plethora of tedious clichés that those 546 words are held up as a prime opportunity for readers to wrack their brains and see what fun with stereotypes they can have.

It’s no surprise to find the most tiresome female stereotypes being brought forth as a starting point: clinginess (“why do you never call?”), neediness (“what are you thinking?”), and a general preference for only complimenting less “conventionally attractive” women (i.e less “threatening” women, if the reader happens to buy into the misogynistic idea that we’re all slugging it out in a mudpit, in some desperate attempt to see who can please men the most). There is also the rather presumptuous comment that if even veteran feminists can’t agree on what feminism means, then it’s probably “best avoided by men.”

There is even a puke-inducing picture of a woman and a man screaming in each other’s faces because of “differing vocabularies.” Oh, the crazy, comical world of gender stereotypes! We can boo and cheer and then go home feeling all satisfied that everything is safe and familiar after all. No need to think when we have comfort food-for-thought. Life is sweet.

Most of the selected suggestions in the resulting second piece aren’t much better and seem to mainly be focussed on the assumption that women love to make stupid generalisations about men (for example, joke about “Manflu” or huff “typical man”), whilst equivalent criticisms from men would be considered rude. I’d say the underlying principle of such banter is that it is a lady’s prerogative to make such quips and that men should take it on the chin out of some sense of chivalry, confident in the knowledge that men are in charge really (the minions having a joke at the master’s expense, if you like). Personally, I’d rather insist on being shown respect in ways that are more profound than accept such crumbs of token deference.

On a more positive note, the second article finishes with some very articulate criticisms of the original piece, including a fair few from men who are pissed off about being portrayed as uncultured and unable to “string two words together”. As I’ve said before, gender stereotypes make fools of everyone.

Thanks to Nina Dee for alerting us to this article. Interestingly, I couldn’t find the tongue-in-cheek reference to flexible working that she mentioned. Perhaps the BBC decided it was too ludicrous to keep in there!

Photo by Ryan Jerz, shared under a Creative Commons Licence.