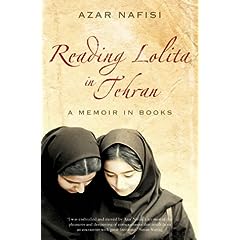 The 40th issue of the Carnival of Feminists is up now, at the hidden side of the leaf.

This one has a book theme, so anyone with a serious addiction to paperbacks might want to rush over or steer clear, depending on how close you are to payday.

For myself, this post mentioned in the Carnival has me wanting to go out and buy Reading Lolita in Teheran by Azar Nafisi (despite my previously mentioned aversion for all things non-fiction), which centres on a group of students reading western literature:

One of the word games played for light relief in the group was based on the oft-quoted opening line of Pride and Prejudice:

“It’s a truth universally acknowledged that a single man in possession of a good fortune must be in want of a wife.”

All the girls gave their version, but the one I remember is the most macabrely satirical one:

”’It is a truth universally acknowledged that a Moslem in possession of a good fortune must be in want of a nine-year-old wife.’”