Civil Partnerships for all! 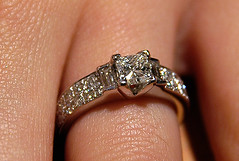 The papers are reporting today on new proposals from the Law Commission that unmarried couples living together should be given the right to make legal claims to property and pensions after separation.

There are problems with the system as it stands for heterosexual cohabiting couples. Many believe that their relationship is subject to ‘common law’ which actually does not exist. There are a number of rights automatically conferred on married couples which are denied to non-married couples. These include next of kin rights for medical emergencies, all sorts of issues relating to inheritance tax, tax credits and life insurance and financial rights following separation. These can be particularly (but not exclusively) difficult for couples who have children.

The type of trust implicit in cohabiting with a partner tends to make people careless of protecting themselves, for example when they are making financial contributions to a mortgage not in their name. Even if the split is amicable, and contributions are recognised, one unmarried partner transferring half of a property to another will have to pay stamp duty on the value of the transfer. When one unmarried partner gives up their job to care for the home and children they may find themselves in late middle age without a partner or any rights to a share of their pension.

Administratively, it is oh-so-much easier to get married.

Despite this, a huge number of people choose not to. Marriage in the traditional, state sanctioned sense, has a number of historical, religious and cultural associations that many people are uncomfortable with. There have been a number of articles on this site and all over the place about why feminists might choose to reject this marriage – start with this one by Victoria Dutchman Smith.

But what I think is a real problem is this: if these rights are automatically granted to cohabitants, then there will be no way in which two adults are able to choose to share their lives without the state butting in on it. Some people might just want to conduct their own relationship with their own rules, where nobody else gets to say how it works. I suspect there aren’t many ‘conscientious objectors’ of that nature, but I think they probably exist and I think their rights are important.

And anyway, I think this is missing the point. What I think most people really want (at least, most people who choose not to get married) is a way of consolidating their relationship which is free of cultural, religious and patriarchal ‘baggage’ and make a purely practical alliance. I’m not talking about the personal ‘sharing your life/making a public commitment’ part, because you certainly don’t need state or church permission for that. I’m talking about the practical ‘getting your affairs in order, cementing your rights and protecting yourself and your children’ aspect of it.

On this, and about a million other issues, I think the problem could be solved by a complete and meaningful separation of church and state. Remove all religious connotation from marriage by making the *only* state recognised form of coupling the civil partnership. The civil partnership could be between gay people, straight people or best friends. Threesomes if they wanted. It’s really nobody else’s business.

Religious ‘marriages’ can obviously continue to be carried out and then registered administratively as civil partnerships, but the civil partnership should be the prevailing top-of-the-pecking order, nothing-to-do-with-old-skool-marriage norm.

When the Civil Partnerships bill, was passing through parliament in 2004 this point was occasionally raised. Many gay rights campaigners objected, probably quite fairly, that ‘wrecking amendments’ lobbying for the extension of the bill to carers, family members and heterosexual couples had the potential to stop the bill passing in any form, and it was a piece of legislation for homosexuals too important to jeopardise. I think this was fair and right. But it has had a couple of years to bed down now, and I think it’s time to consider broadening the scope.

Plenty of people wonder why non-religious people can’t just nip down the registry office where they can get what is effectively a civil partnership any time. And that’s true, and a lot of people do. But that’s a recent add-on, isn’t it? It’s a concession to the non-religious by the rest that ‘oh okay I suppose you have a right to get married too, but you know we really made up the rules of this game’. There’s a brilliant article by Susan Hunter here about why it’s not okay to continue to grant ‘separate but equal’ rights to homosexuals and heterosexuals in a fair society.

Plenty of gay rights campaigners back in 2004 said they didn’t want to get ‘married’ because the institution of marriage represented an historic oppression of one set of rights and beliefs over a number of groups. Quite rightly, they wanted no part of it – they wanted a new institution, free from all of those heteronormative, patriarchal and religious connotations. And they’ve got it now, and it’s brilliant, and I want in on it.

Photo by BURИBLUE shared under a creative commons license.