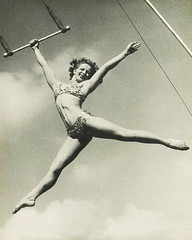 ‘Honey! Your vagina needs a mint’

The Vagina Institute purports to provide a public service to curious women. But Samara Ginsberg detects a rather different agenda

When the latest anti-aging cream hit the shelves, queues of women scrambled to buy it. But Gemma argues we should take a step back and think before fronting up the cash

Locher’s t-shirts come with teasing slogans stitched in, but a closer examination reveals they are far from subversive, argues Louise Livesey

I did it my way

The word spinster seems woefully out-dated. But, when Emma Hadfield exited a long-term relationship, she found some people still can’t come to terms with women who choose to stay single and child-free

Baby-making has become a high-pressure pursuit, argues Abby O’Reilly. Celebrity ‘yummy-mummies’ only raise the stakes further and obscure the realities of child-birth and motherhood

Sexism and the System

Photo from carbonated, shared under a Creative Commons license