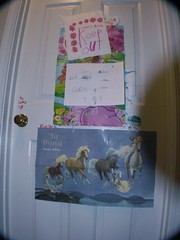 Today’s Daily Mail includes a long piece of hand-wringing journalism about the sexualisation of pre-teen girls.

On the face of it, the natural feminist response is to join in the hand-wringing enthusiastically. Here’s a description of one nine-year-old’s daily routine:

Bethany Conheeny takes two hours to get ready each morning. A detailed inspection of her morning routine gives some indication why.

After washing her naturally wavy hair, she spritzes, sprays and straightens it with £120 designer ceramic straighteners.

If there’s so much as a kink left, she starts again. She’s rigorous in her cleansing, toning and moisturing routine, and before leaving the house, applies a slick of lip-gloss.

At the weekends, it takes longer. Bethany — who has £70 worth of beauty treatments each week, including a spray tan, pedicure, manicure and eyebrow wax — applies St Tropez blusher, pink eye shadow and mascara.

She prefers to use a Chanel foundation over her moisturiser, but as her 37-year-old mother Catherine, a qualified beautician, puts it, perhaps somewhat mildly: “She’s a bit young for that.”

It’s genuinely sad to see that these girls are being co-opted into the hard labour involved in this very adult sort of beauty regime so young. And, of course, it is thoroughly objectionable that they are indoctrinated into this narrow, consumption-heavy, mainstream, fake ideal of what it means to be beautiful and the importance of being beautiful at such a tender age. Things really have radically changed even in the last few generations.

“I spend more on beauty treatments for her than myself. She loves having facials. I put my foot down about her using tanning beds, but she is badgering me to have the latest spray-on tan. She’s even had her arms waxed.”

But does the Mail blame the patriarchal beauty standards encroaching ever further into our lives? No. Because to the Mail, it is not the practices themselves that are objectionable, but that these girls are partaking of them a few years earlier than that newspaper approves.

Most disturbingly, the Mail takes it as an opportunity to blame the girls themselves – and their mothers – for tempting paedophiles to rape them with their mini-skirts and straighening irons.

Like the nymphets and faunlets in Nabokov’s novel Lolita, British society, it seems, is fast breeding a generation of young girls being sexualised before their bodies have had time to develop.

Only the Daily Mail could read Lolita and think it was about a sexualised young girl tempting a grown man.

And, of course, the blame for all of this falls squarely on the mothers – not, say, the patriarchal society we live in and the values of that society which are firmly espoused by that very newspaper.

Far from being horrified that her ten-year-olds are obsessed with their looks, Elima, 30, encourages them.

She says: “I’m glad they like to look after themselves from such a young age.”

OK, it’s not the best attitude in the world, but how anyone can feign surprise that women have these attitudes, or that they pass them on to their children, is hard to understand.

Photo by Viewmaker, shared under a Creative Commons license