Another feminist carnival out now 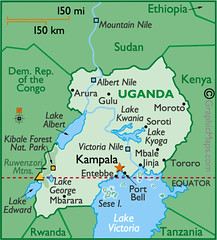 The 45th Carnival of Feminists is out now, over at Feminist Philosophers.

As well as linking one of Samara’s posts, there’s plenty of great reading material, as per usual.

I particularly liked this post from redjenny about a co-operative bank set up by women in Uganda. Although not a million miles away from the idea of microcredit, in this case, it is women themselves who are setting up the bank, rather than an outside, often overseas, probably male-dominated bank. Incidentally, microcredit is extremely profitable for investors because of a very low rate of default on loans. In this case, that profit will go to the women themselves, rather than massively rich financiers.

Also, one of the criticisms of microcredit is that it only provides enough money to keep women in poorly paid, going-nowhere work. Running your own bank doesn’t sound like that, does it?