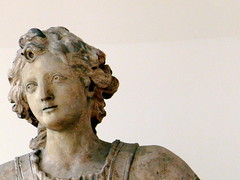 A couple of days ago, the Daily Mail ran a story claiming that “seven out of 10 women want the 24-week upper limit for abortion to be halved”.

What’s not clear until you get to paragraph eight, is that the “survey” was carried out by anti-abortion group Life. I couldn’t find a link to the survey results on their website, so it’s not at all clear how the question was framed, or whether this research has any merits whatsoever.

The second press release on the ‘charity’s’ website is opposing the findings of a study which suggested that long-term contraceptives could cut the abortion rate.

Personally, I don’t set much stock by this survey. It’s dissapointing but not surprising to see the Daily Mail reported it. But what is worth noting is that the story shows that anti-abortionists are planning to use the forthcoming Human Tissue and Embryos Bill to limit our access to this option.

The Daily Mail followed up with a piece headlined: “What WE think of abortion – by the women who had them…”

They only managed to find two women with “no regrets” about their abortion, set against five with “regrets”. It’s clear they couldn’t have been looking very hard, because the Pro-Choice Majority campaign at Abortion Rights has plenty to choose from!