How’s the petition on women’s right to drive going, then? 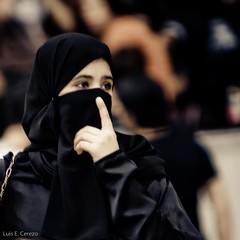 As we blogged last week, a new group has formed to pressure the Saudi government to end the ban on women driving. Now MEMRI carries an extended interview with the leader of this movement, feminist Wajeha Al-Huweidar, about plans for a greater Association for the Protection and Defense of Women’s Rights in Saudi Arabia.

First off she explains how things are going with the campaign:

We want ministers, and representatives, government officials, and religious authorities; we want men and women from the ruling family, such as Her Highness Princess Lolwah Al-Faisal, who once said to the famous journalist Thomas Friedman that if she were queen today, the first thing she would do would be to allow women to drive.

This is also an interesting tidbit: Turki Al-Sudairi, head of the Human Rights Authority in Saudi Arabia, got in touch with the co-founder of the League of Demanders of Women’s Right to Drive Cars in Saudi Arabia:

“He expressed his indignation and anger at the campaign – and he [is someone] whom one would expect to play a role in assisting and supporting it, by dint of his position.

“He said that the cause of his indignation was that the campaign would get in the way of a study that his institution was conducting to demonstrate that women driving is important because the [employment of] foreign drivers causes damage to families, and especially to children.

“Fawzia’s answer to him was: What we are doing supports your study, and we add our voice to yours, and we will continue our campaign…”

But the ladies of the league are not to be put off so easily. Instead, they are planning to launch a fully-fledged NGO dedicated to the campaign for women’s rights. What will be on the agenda? Al-Huweidar says:

Among the issues that have been raised, and that are of the utmost importance, are: representation for women in shari’a courts; setting a [minimum] age for girls’ marriages; allowing women to take care of their own affairs in government agencies and allowing them to enter government buildings; protecting women from domestic violence, such as physical or verbal violence, or keeping her from studies, work, or marriage, or forcing her to divorce.

Photo by el_en_houston, shared under a Creative Commons license