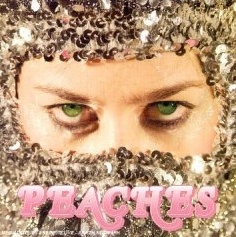 As promised, the second set of features and reviews for September is now up and ready for you to read!

First up, Catherine Redfern reviews Impeach My Bush by Peaches. All I can say is this: I downloaded the album almost as soon as I read the review, and then got funny looks in the gym because of all the grinning inspired by lyrics like:

you wanna stick it

i wanna stick it

bet you thought i was gonna say in

you wanna stick it

i wanna stick it

we wanna stick it

stick it to the pimp

Carmen isn’t the most feminist of operas, perhaps, but Potter de-exoticises the eponymous heroine and populates the male and female choruses with private security guards and sex workers. She also tells Sophie:

“I think there’s a seduction and an attraction in somebody who is holding their own ground and refusing to wimpify their own power in that drag act known as femininity.”

Meanwhile, my good friend Laura Kidd reports on the first ever Ladies Rock! camp in the UK. The camp took place in the Lambeth Young Women’s Project, and after three days of practice, the newly-formed bands put on a gig at The Windmill in Brixton.

Laura helped out as a volunteer, rather than attending as a camper (she is a professional musician – and one of her many projects is the fabulous She Makes War):

What at first sounded to me like a fun way to help get some women started off in music making soon became something a lot more serious. Working with the campers was a thoroughly rewarding and inspiring experience but, alongside that, to discover that there are whole groups of female musicians and music lovers around in this country (and even this city) who are interested in feminism, activism and making art and music is a relief.

Finally, I review Mikhaela Reid’s new book of cartoons. This should give you a taste:

In ‘belly-dectomy’, the crazy for tummy-tucks is taken to its logical conclusion, and Reid depicts a woman with her entire stomach removed, and her guts falling out.