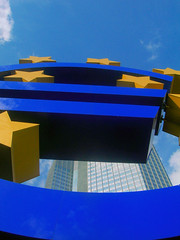 Warsaw has blocked plans for a Europe-wide anti-death penalty day, and instead called for an event to protest abortion and euthanasia, the BBC reports.

Anti-death penalty day was meant to occur on 10 October. A conference organised by the EU will still go ahead on 9 October. But isn’t it sad and pathetic that the EU is not able to present a united front to the world on this issue. Poland was the only country to object to the day of protest. Of course, it is not the only country in the world to think the death penalty is A-OK, but when it signed up the the EU it signed up to the basic principle that the death penalty is unacceptable as well.

Even worse, the Polish government used the opportunity to push its noxious anti-abortion views:

Polish Deputy Justice Minister Andrzej Duda said that the EU “should approach the subject in a broader way and debate the protection of life”.

“The death penalty is only one element of the debate; there are more – for example, abortion and euthanasia,” he said.

This is the latest in a series of political clashes between Brussels and Warsaw, on everything from homosexuality to environmental protection, our correspondent says.

It’s great for the Polish people that they are part of the EU club now. But let’s hope they vote in a better government at next month’s general elections; preferably one that doesn’t try and sabotage these basic principles that, frankly, are a much better reason for having the EU in the first place than things like the euro.

Portugal was the first European country to abolish the death penalty, back in the 19th Century, and that this had held even during the years of dictatorship.