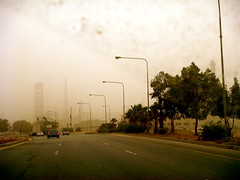 Saudi feminists have set up a new group to pressure the Kingdom into removing the ban on driving for women.

The new, and wonderfully-named League of Demanders of Women’s Right to Drive Cars released a petition (which can be read at MEMRI).

“This [right to free movement] is a right that was enjoyed by our mothers and grandmothers in complete freedom, through the means of transportation available in their day.”

The Independent adds some commentary from political analyst Mai Yamani:

“You can’t keep a woman locked up so she can’t get out, drive her child to school. It is a basic necessity.”

Photo by jonrawlinson, shared under a Creative Commons license