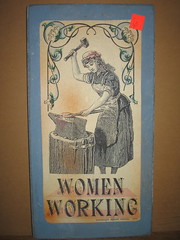 At first glance, this is great news. After all, I’ve been banging on about these audits for ages. The basic idea is that an outside organisation could come in and audit salaries across a company, similar to a tax audit. Once inequalities are out in the open, of course, the employer is forced to bring pay cheques into line.

The Guardian does not provide much in the way of detail, but I am a bit wary. First off, Cameron said “the pay audits would be accompanied by a ‘reasonableness’ test for material factors not based on gender that were used as justifications for paying women less”.

What worries me, is that this would give companies cart blanche to discriminate against women who have taken time off to have children – and, for example, are shunted into lower-paying jobs. While their wages might be comparible to those doing similar jobs, would the audit take into account their demotion? Another concern is whether it catches firms that fail to hire women to take on senior jobs. By providing exceptions, could such a policy even legitimate those kinds of discrimination?

When would the pay audit be triggered? When a company is already known to discriminate? While it would be an obvious place to start, surely these audits should occur randomly as well, to catch unfair pay in companies where wages are rarely spoken about.

Photo by nullalux, shared under a Creative Commons license