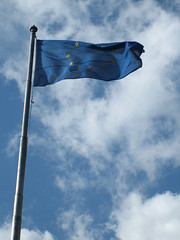 Much as we love to do the EU down in this country, it can be quite useful. Especially on issues such as race and gender.

Last week saw the first ever Black European Women’s Congress take place in Vienna. This was a meeting of women from 16 member states (and Switzerland), and at the end of the congress, they produced the ‘Vienna Declaration’, a clear call for the EU to pay a great deal more attention to the empowerment of black women:

We, Black European Women, insist on the recognition of the crucial role played by Black Women economically, politically, culturally and socially in the European context. We are determined to implement and mainstream Black Women´s Empowerment in Europe as a core policy issue.

Just in case the proverbial European diplomat is scratching their head wondering how this could be achieved, the congress produced a nifty five-point list of recommendations. The first is particularly interesting, calling for recognition that the supposed protection against discrimination across the EU is often not delivered by our governments and societies:

• Despite the legal framework, forms of multiple discrimination, including gendered racism, continue to exist. The Black European Women Congress recommends the enforcement and implementation of Article 13 to eradicate all forms of discrimination across all member states.

Number four is also key – calling for more work to be done to ensure that European companies follow up on their promises of diversity and equal opportunities by actually doing more to recruit black employees:

4. Current Barriers of Black Women to the European Labour Market

• Companies and employers are required to implement Human Resources measures and tools designed to recruit Black personnel reflecting the diversity they express in their mission statements.

You can read the full declaration at Black Women in Europe.

Photo by suttonhoo, shared under a Creative Commons license