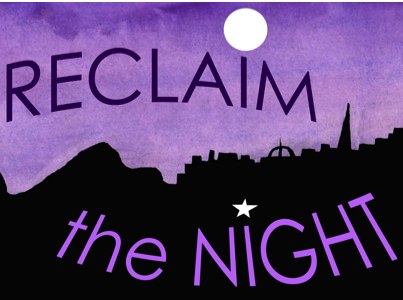 Are you based in Edinburgh? If so, get ready to Reclaim the Night on 11 October. Rebecca Heller, who has helped organise the march, explains some of her own conflicts about the concept, and why she thinks it is still important for women to get out onto the streets in the name of ending violence against women.

Meanwhile, this month has an uncharacteristically-sporty theme. First off, Rose Hypnol regales us with an account of the very first ever rollerderby bout of the London Rollergirls.

Then Carrie Dunn, editor of Kickster, the only football blog worth reading, dissects the media coverage – or lack thereof – of the women’s World Cup.

From football to period drama, Cazz Blase has some suggestions for the programmers in charge of adaptations at the BBC. Namely, less Jane Austen, more Stella Gibbons. A message I am 100% behind, as there can never be enough SG.

Jennifer Drew wonders why it is that the medical establishment just cannot accept that some women do not like penetration:

No need to consider social constructions of female sexuality, or how women are taught from girlhood that female sexual expression is nasty and must only be responsive to men’s initiation. Oh no, new drug cures will resolve all women’s sexual problems.

As well as tackling the pathologisation of some women’s sexualities, Drew tackles this perception that “penetration by a penis seen as the only ‘real sexual act’”, a view which I am sure we are all more than familiar with.

If you happened to be stood next to her while she fondled the courgettes in the fruit and veg aisle, you would never guess that she spends the best part of the week waiting for furry-chested wannabes to get it up, or, more significantly, that she has become so well-respected in the adult entertainment industry.

I think it is also worth pointing out that one of Anna’s most recent flicks-to-flick-off-to is called Hug a Hoodie. Yes, it is set on a council estate.

Then head over to read Ruth Moss’ considered opinion of the Facebook-breastfeeding debacle. The social networking site has banned photos of women breast-feeding, a surprising development, perhaps, considering the proliferation of such images in art.

Samantha Jay sets out a lucid argument for feminists paying more attention to women who have either chosen or been forced by circumstance to work in the home. Ruth tells the story of how her own hopes for an independent-woman sort of life were dashed by mental illness.

Being a housewife may not be the job I envisaged myself doing, but I am content and I find myself surprisingly busy. My happy home life, stable relationship and domestic labour is a genuine achievement for me. Often I am so unwell that going to the shops is harder than most people would find running a marathon, or making a simple vegetarian chilli takes for me the effort of cordon bleu cookery. I believe this is the same for many other women in my situation, yet so many of us feel like what we do is worthless when we announce our ‘profession’ to other people.

More to come in the next few days!