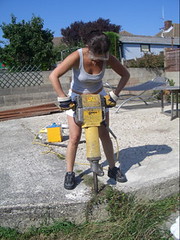 The people of Alabama are no doubt a bit miffed to say the least, as the US Supreme Court has declined to hear a case against the ban on sex toys in their state.

As The Decatur Daily reports, the ban is yet to be implemented, as it was suspended to allow the challenge to go ahead. However, it is expected that this suspension could be lifted within days, allowing state authorities to swoop down and stomp on sex toy sellers.

Sherri Williams, who owns two stores called ‘Pleasures’ is not overly concerned, as she will still be able to sell as many vibrators as she likes by calling them massagers, or under the exception for “bona fide” medical purposes. But the point, of course, is that they shouldn’t be banned in the first place.

Figleaf’s Real Adult Sex considers (NSFW!!!) the history of vibrators. As he puts it:

American doctors, especially, were so put out with all the handjobs they had to dispense that they invented… mechanical vibrators to do the work for them!

Check out the full post for details, including lots of illustrations of these “medical devices”.

Photo by benhollingsworth, shared under a Creative Commons license