Warner Bros ‘will not finance films with female leads’ 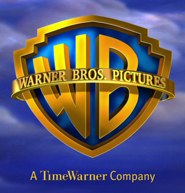 The film studio Warner Bros has made an unofficial decision not to finance any more films with female leads, according to Cinema Retro.

The story comes from Nikke Finke’s blog for LA Weekly, Hollywood Deadline Daily, where she alleges that “three different producers” have told her about the decree:

“It’s a phenomenal thing to say. What are we in the 1700s where women are back to being barefoot and pregnant?” a producer railed. “What’s next — fire all the Warner Bros women executives?”

Apparently the rationale for this is that recent movies with female actors in the lead have flopped: for example, The Brave One, starring Jodie Foster.

“If that’s what he said, when movies with men as the lead fail, no one says we’ll stop making movies with men in the lead. This is an insult to all moviegoers and particularly women. It is truly unfortunate that women get blamed for decisions which are made by men. Instead of taking responsibility for their own lack of judgment about which scripts to make, directors to hire and budgets to OK, some men in the movie industry find it easier to place blame for their lack of success on women leads and to exclude talented female actors from the top employment opportunities in Hollywood in favor of macho males. If that studio confirms that their policy is to now exclude women as leads, then my policy would be to boycott films made by Warner Bros.”

Cinema Retro, however, goes on to say that the studios are no longer nurturing talent of the likes of “Lauren Bacall, Bette Davis, Joan Crawford and Katherine Hepburn”. Of course, they are called “retro” cinema, so of course they’re going to hark back to the glorious past a bit. But I’d just like to add that there’s plenty of extremely talented female actors out there, they are just not getting the scripts or the breaks they need.

(Thanks to Mike for the heads up)