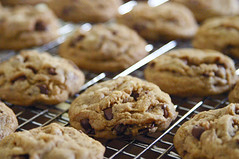 The first batch of features are out of the oven and ready to munch. Or, if you prefer to ignore my over-stretched metaphor, read.

First up, Joanna Whitehead considers why it’s not so great for femme lesbians when advertisers exploit ‘girl-on-girl’ images.

Michelle Wright looks back at October, which was designated Breast Cancer Awareness Month. Although it is difficult to disagree with a fund raising event, Michelle raises some pertinent questions about how corporations are also profiting from the pink-bonanza.

Meanwhile, Abi Millar sets out the case against catcalling, and Cazz Blase returns with an interview with the woman who runs feminist publisher and bookshop Persephone Books.

Also on a literary(ish) theme, Leanne Bibby reviews the film-version of Patrick Süskind’s bestselling novel Perfume. Although it tells the story of a serial killer who targeted women in 18th century France, Leanne argues that the film tells a fundamentally progressive story about the way women were viewed in that society – and our own.

Finally, Carrie Dunn asks why a new TV channel for “witty banter” shows is called Dave – seemingly marking it out as aimed at men.

Photo by marmalade mel, shared under a Creative Commons license