A Rant and a Tribute in Scarlet

I don’t know about you but I tend to get a bit tired and woozy after I’ve had a really good orgasm. In my experience, the difference between the sexes when it comes to getting it on with each other is that, while women are trained to fight the urge to have a bit of a rest once they’ve been satisfied, men are still encouraged to see their orgasm as the natural end to any sexual proceedings: the She Comes First tradition.

Current thinking seems to patronise the guys who “peak too soon” and view them as in need of correction. It also happens to excuse them from further activities whenever this happens on the flimsy basis that… damn… sorry love, it’s all over now. Why does this old-fashioned notion of “premature ejaculation” still persist?

I have more to say about this particular unnecessary gender panto in my Fully Loaded article in this month’s Scarlet magazine. 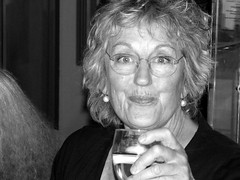 There is also a feature from me in the Scarlet Woman series looking at the career of the enigmatic Germaine Greer. Loved and hated in equal measure, she has undoubtedly played a major role in the ongoing fight for sexual liberation so I hope I’ve done her justice!

Photo of Germaine Greer by Maggie Hannan, shared under a Creative Commons Licence.