British girls are ugly and smelly 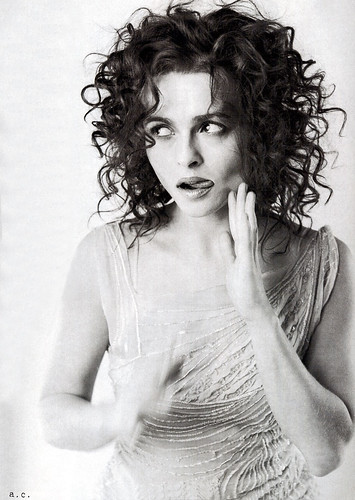 I got to work this morning, opened up my email, and read a message from my boyfriend, entitled: ‘Here’s one to get you going…’

He was right, too. He’d emailed me a link to this story from the Times.

Writer Tad Safran is under the impression that British womanhood should be striving to attain male-oriented ideals of beauty – that’s if they don’t want to die single, alone and being eaten by Alsatians. He reminds us that Bridget Jones was fictional, and a fat lumpy minger like RENEE ZELLWEGER would never get the choice of Hugh Grant or Colin Firth. He singles out Helena Bonham Carter as an example of the archetypal British woman who doesn’t bother maximising her looks, says that British women simply don’t take the necessary time and effort over their appearance to attract men, and should take a tip from their American sisters.

Well, as far as I’m aware, British women – even those of us who can’t be bothered to get up an hour earlier to cake ourselves in make-up – do still get boyfriends and husbands. More than that, our menfolk might appreciate it when we dress up from time to time, but in general men aren’t so shallow that looks are the only factor that counts in a potential partner – they also like, ooh, wit, good conversation, shared hobbies, and all sorts of other things! To be honest, I think the article says more about the writer than it does about women on both sides of the Atlantic, and I’m not going to rip it to shreds. It didn’t even make me spittingly angry – more sorrowful.

But it did get me going, and what troubles me is Safran’s stress “that control-top granny pants are simply not a substitute for regular exercise, thoughtful grooming and a healthy diet.” Now, of course, I have absolutely no issue with that at all. The fly in the ointment is the following sentence – “Certainly not if you’re single and interested in men.” This isn’t a flaw found solely in Safran’s thinking, but throughout the media and the beauty industry. I’m all for exercise and a healthy diet, but improving one’s health and fitness for one’s own sake should be the goal – not being thinner, and not to nab yourself a fella. And exercise and diet are, or should be, equally important to men too.

And then the same newspapers who run stories like this have the temerity to be outraged when teenage girls say they’d rather be sexy than clever or gifted.