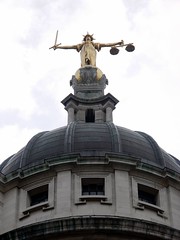 In today’s Guardian, a detective, a victim, a campaigner and at QC all answer the question ‘why is the conviction rate for rape so appallingly low’?

And their responses prove brutally honest reading indeed. For example, assistant commissioner at Scotland Yard, John Yates, is “convinced that delivery is inconsistent and that advice and best practice is too often ignored”, and sets out the prejudices and presumptions about rape that so inhibit the way that it is dealt with by the system:

I normally start by asking the audience several questions, such as: why is rape different; why is rape the only offence where we seriously assess the credibility of the victim first; why is rape a priority in some forces but not others; how do we ensure that victims get the best deal and is this available consistently across the service; why is the conviction rate so appallingly low? These are some of the many challenges that face a police service that is regularly, and quite properly, harangued for its performance in relation to this most serious crime.

Ruth Hall from Women Against Rape:

Many strong cases are dropped before court because of prejudice or a superficial weakness which could have been explained. The police don’t gather the evidence, lose it, or misinterpret it. In court, the prosecutor is often ill-prepared, has never met the woman before, and is unwilling to defend her… The worst sexism comes from police, prosecutors and judges. When they are made to apply the law properly – and disciplined when they do not – the conviction rate will soon go up.

And in a shocking example of exactly that kind of attitude, Sir Ken MacDonald director of public prosecutions:

There is a lot of drinking and a lot of casual sex. Young people are drinking heavily and are pretty promiscuous. You have social and sexual complexity, misunderstandings, taking advantage, and ambiguity.

Twenty years ago it was not unknown to have a QC prosecuting. These days it’s exceptional. Rape cases need people who have been doing it longer and have a feel for how a case should be prosecuted. I can walk into a case and give the CPS a list of 20 things that should have been done. Experience shows that in many cases they will have not. The other thing is meeting the victim.

What all this speaks of to me is both that strong prejudices still exist within the system, and that there are still changes that can be made to improve the likelihood that more rapists will end up behind bars.

One of the issues identified by a couple of these experts is the frankly ridiculous fact that the prosecuting lawyers cannot meet with the victim before the trial. The Guardian has more on this particular issue:

MacDonald said: “This ban stems from the days when mostly private prosecutions were brought with bribed witnesses. It is the origin of the phrase ‘man of straw’: they used to stand outside court with straws in their shoes to signify their testimony could be bought.” To stop the practice, prosecutors were banned from speaking to witnesses outside the hearing itself. “In typical English fashion, this then lasted for ever.”

He praised the US district attorney’s office in Brooklyn, New York for the way it works with rape victims from the outset to build cases. “They’re light years ahead of us,” he said.

While it’s certainly interesting to find out where the phrase ‘man of straw’ comes from (and where, presumably, we derive the term ‘straw feminist’), surely it isn’t acceptable that this piece of history gets in the way of rape prosecutions today.