Police call for register of domestic abusers – and other stories 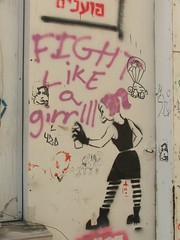 The Association of Chief Police Officers has called for domestic abusers to be put on a register, along the lines of the sex offenders’ register, reports the BBC.

I say that sounds like an extremely good idea.

Even better, the Home Secretary, Jacqui Smith, has said she will ratify the Council of Europe Convention against Trafficking by the end of 2008, which will bring in a duty to protect the victims of trafficking. Frankly, it’s obscene that the UK has been so slow to adopt this convention, but better late than never! The press release contains some interesting information about the process of getting this put into practice:

At present 37 out of the 47 Council of Europe Members have signed the Council of Europe Convention on Human Trafficking. However, only 11 states have ratified thus far. Most member states are in the same position as the UK in that they have signed the Convention and are in the process of implementing it. Those that have ratified include Albania, Bulgaria, Moldova, Croatia, Cyprus, Georgia, Denmark, Russia, Slovakia, Austria, and France. The majority of these are source countries of trafficked victims rather than destination countries.

Meanwhile, I did a post over at Liberal Conspiracy looking at some of the many reasons why prostitution laws should be reformed. Also on Liberal Conspiracy, Kate Belgrave reports on the recent Abortion Rights meeting on defending women’s right to access abortion.

Here’s another reason not to get sick in the US – a mother of two teenage girls came down with pneumonia during a Christmas trip to New York. The two girls were taken into custody, sent to an orphanage, seperated, strip searched, made to shower in front of staff and locked up for 30 hours. The mother is now being investigated by American child services. The Guardian has the full, horrifying story.

Their clothes, money and belongings were taken and they were issued with regulation white T-shirt and jeans. Katie said: “It was like being in a little cage. I tried to go to sleep, but every time I opened my eyes, someone was looking right at me.”

Eventually Bray discharged herself, and – still dressed in hospital pyjamas – tracked down the girls.

An academic journal carried out a double-blind trial, in which the gender of both the author and the peer reviewer was concealed. Guess what happened? The number of woman-authored papers approved rose considerably. A Gentleman’s C has a fancy graph. (Via Feminist Law Professors).

Kate Smurthwaite, our erstwhile guest-blogger and talented stand-up, wants you to come to her shows.

Jewess considers the news that some extremely Orthadox women in Israel are adopting Burkas.

Philidelphia has a new “lesbian, dyke” magazine, Lyke, and it has dedicated some of its first issue to an interesting musing on feminism. See more here.

Photo by nicasaurusrex, shared under a Creative Commons license