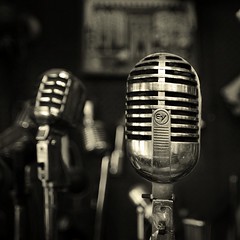 You can also subscribe to The F Word podcast feed on iTunes here.

Pornography is one of those topics that can lead to heated arguments between feminists. And by heated arguments, I mean pistols at dawn. So we thought it would be the perfect subject for an episode of The F Word podcast directly following our discussion of bridge building between different feminist groups.

Fuelled by Victoria sponge and other sugar-based foods, we had a really interesting debate and, I think, found lots of common ground between our different perspectives.

We got so caught up in this (there was a lot to discuss!) that we didn’t get on to talking over any news items, but never fear news junkies – we did manage to work in some thoughts about the recent case of the Manchester United Christmas party where one woman was allegedly raped and another was “roasted” by six footballers.

Our F Word podcast themetune is by the lovely Laura Kidd. The song is Pull You Down, and it is from her solo project She Makes War. If the way the intro is cut seems weird, that is because I did it. However, if you listen to the end of the podcast you will get to hear the whole song.

Contributors to this episode:

Note: we had some technical issues recording this podcast, so sound quality may not be optimal.

Photo by Mute*, shared under a Creative Commons license