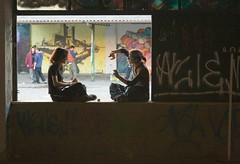 Comments received during the month of January are up now! Read them here.

On the blog, Abby’s post on the ‘fake baby’ documentary created such an onslaught of comments – many from people who own or make the ‘reborn’ dolls in question – that I couldn’t publish them all. Hopefully the comments I have included will give you a taste of the viewpoints expressed.

Photo by Gianni D., shared under a Creative Commons license