We are the pro-choice majority 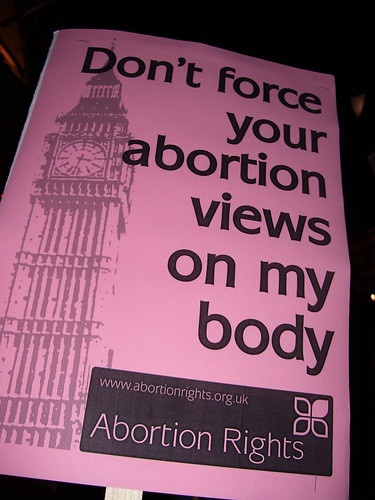 Hundreds of women and men surrounded the entrance to Central Hall Westminster tonight to picket a meeting called by Ann Widdecombe and various anti-abortion groups as part of a national roadshow.

Here’s a mugshot of me (centre), Catherine Redfern (left, founder and former editor of the f-word) and Polly Cassidy (right, podcast contributor) with our placards. It’s hard to know how many were there, but I’d guess around 250 or 300. 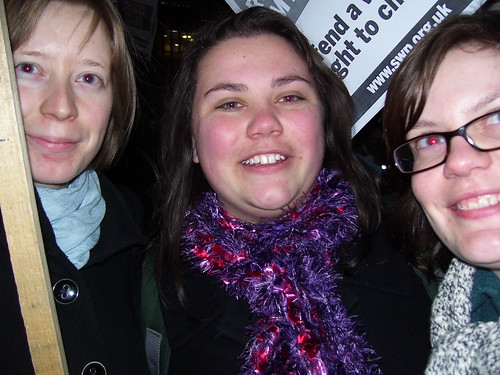 Chants hurled at meeting attendees included “Right to life/That’s a lie/You don’t care when women die” and “Not the Church/Not the State/Women must decide their fate”. Attendees of the meeting were visibly shocked by the strength of the presence, although some were defiant. One middle aged man shook his fist at the crowd shouting “Shame on you! Think of the babies!” Most just bowed their heads and scurried in. 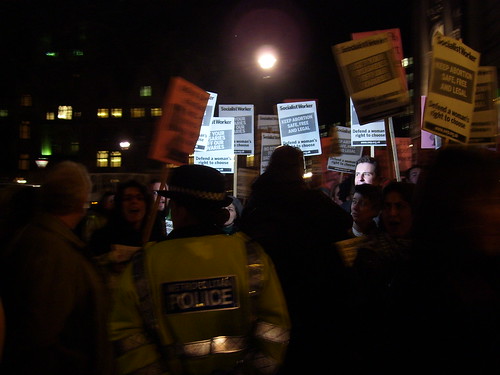 The protest was called by Abortion Rights who are organising a series of events in response to the current passage of the Human Fertilization and Embryology Act (HFEA). Because of the nature of the parliamentary process, it’s hard to know too far in advance when we’ll be needed again, so sign up to the Abortion Rights Action Alerts to make sure you’re informed. We’ll be posting details of future protests on here as well. For those of you living in the relevant areas, there are counter-demos planned for the ‘Not on your life’ roadshow in Liverpool, Coventry and Cardiff over the next few weeks – dates and details are here.

It was a really positive, fantastic and peaceful protest. Ann Widdecome, we’re told, was hustled in by the back entrance, refusing to come out and face the jeering crowds. Shame on her. Here are a few more pictures, to give you a feel for it if you weren’t there. See you next time? 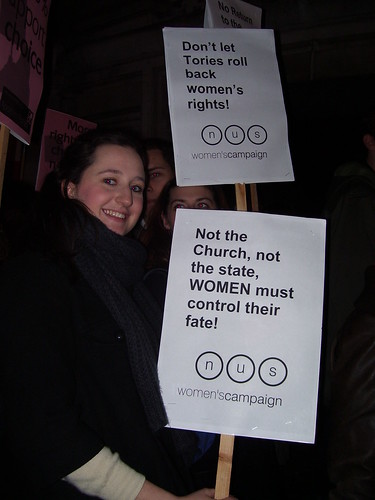 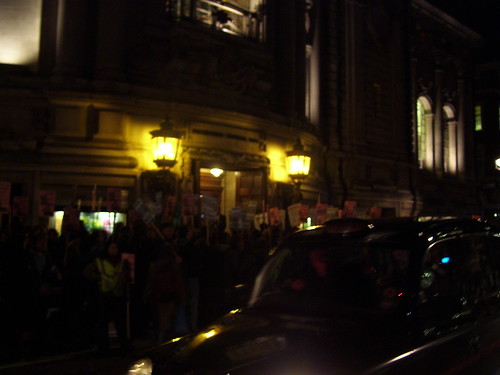