Teacups are tinkling in outrage as an army of Oxbridge-educated prostitutes terrorises the Home Counties. Maths prodigy Sufiah Yusof has been outed as the latest Oxbridge girl-genius to exchange her blue stockings for suspenders and a push-up bra, while literary ‘happy hooker’ Ruth Fowler becomes the latest in a tired line of well-educated ‘young beauties’ to land a book deal for her racy autobiography. The story, of course, is an old favourite just screaming to be partnered with extensive photographs of the scholars in various states of graphic undress. And the story is an old favourite precisely because of what it seems to say about women: even the highest-achieving and most privileged are still just whores who only really want to be fucked roughly for money after very expensive dinners.

The blogging revolution has led us to expect to get into our hookers’ heads as well as their knickers, but it’s still a tacky fantasy, far removed from the reality of prostitution for most women. Fowler and Yusof are not saying anything new. After the News of the World ratted Yusof out as a fallen child, she had the temerity and strength of character to stand up for her choices and declare herself more than a hapless victim of circumstance. Good for her. The message that she and Fowler have been complicit in sending, though, is neither groundbreaking nor feminist. ‘This is all we’re good for’ – that’s the only subtext, every time a well-heeled young woman decides to rent her ‘pert little academic arse at a hundred for hire. Johns everywhere must be rubbing their hands with glee: even the clever ones, the posh bitches who think they’re better than you, will turn into the willing nymphettes of your stickiest wet dreams at the flash of a fiver, is the implication. We’ll let them into our elite universities, but under their scholar’s gowns they’ll always be slappers.

Vulnerable young women who lack the maturity, university education, support network, self-possession and financial safety net may read the media coverage of these ‘happy hookers’ and buy into the idea of stripping or prostitution as a viable career prospect

Most little girls daydream occasionally about growing up to do something that would really shock their mum and dad. As an undergraduate at Oxford two years ago, I was briefly a stripper in a cabaret show, peeling off my clothes and shaking my teenage breasts for a hooting crowd. Despite my mother’s disapproval, though, I knew that I wasn’t being rebellious. I didn’t feel like a bad girl at all – I was a good little girl, doing no more than what was expected of me. I’d proved that by whipping out my taut 18-year-old curves I could make people want to sleep with me, and that felt good – something to take pride in as much as the results of my first-year exams. I’m not ashamed of that choice, but I’m not proud of it either. I was a messed-up child, not an empowered young rebel. Sex work is a little bit naughty, but there’s nothing at all subversive about it: escorting, stripping and porn work are merely more outright ways of doing what high-achieving girls of my generation have been trained to do since we were in nappies. We are taught to market ourselves as end-products, rather than develop ourselves as human beings. We learn to pimp ourselves out, if there’s no-one to do it for us.

Education is seen as just another saleable quality to add to our market value. “A lot of avuncular old gents appreciate an educated young lady and a smart accent,” says Pandora. Girls are trained to sell themselves physically, emotionally and intellectually from a young age, explaining not only why they are running rings around the boys in market-based attainment systems, but why sex work seems like a natural and lucrative career progression for so many high-achieving young women.

As the high-class ‘happy hooker’ becomes an aspirational stereotype for some pretty young women, it’s not hard to see Yusof as simply another bright British young woman making good in every teen’s dream profession. She knows quite literally how to sell herself, and she earns far more by doing so than she would have had she remained an impoverished academic. The sad fact is that many Oxbridge graduates find that their academic qualifications aren’t valued on their own merits, and sex work looks like a very easy way to pay the bills as a nubile and desperate young genius in the big city. 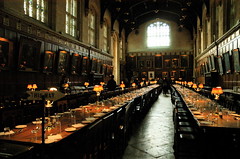 Both Fowler and one of her prototypes, Belle De Jour, now have successful literary careers. Sex work earned them a lot more after graduating than any career that would have made use of their degrees. Even I have considered returning to the trade if the student loans company ever finds me, but stripping necessitates prohibitive levels of personal shaving.

The promotion of the ‘high-class hooker’ fantasy is, in fact, uncomplicatedly irresponsible. The concept is over-hyped, plays into worn-out misogynist cliches and unequivocally glamourises and misrepresents the dangerous world of prostitution. That these are individual stories will probably have little effect on the many vulnerable young women – young women without Fowler’s university education, support network, self-possession and financial safety net – who may, however briefly, read the media coverage of these women and buy into the idea of stripping or prostitution as a viable career prospect.

In terms of the way we treat women in this culture, the roles may have changed, but the value judgments have not. Our greatest attainments merely serve to raise our market value. If we’ve been an Olympic athlete, a successful entrepreneur or a child maths prodigy, all it means is that we can charge more for a night’s hire of our body – which remains our baseline stock in trade.

Even those torturous hours of middle English I slaved over for my literature degree (Oxon, 2:1) weren’t irrelevant to the business of self-marketing. In fact, Geoffrey Chaucer’s Wife of Bath summarises the whole situation most neatly:

And therefore every man this tale I tell,

Win whoso may, for all is for to sell.

*names have been changed.

Photo by Image Zen, shared under a Creative Commons license

A version of this feature originally appeared at Liberal Conspiracy