New review: Fragments from the Dark 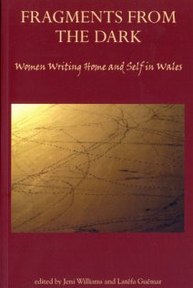 Fragments from the Dark is an important book for our times. Published by Hafan Books, a refugee charity based Swansea, Wales, Fragments is a collection of poems, testimonies, interviews, pictures and short stories of “women writing home and self in Wales”. The writing landscape of the collection is indisputably Welsh, while maintaining a focus on many of the painful realities women face in the current global political climate. Fragments is series of short interventions into a world saturated by an insidious racist and sexist illogic, played out in the field of immigration, border controls, war and political repression. It is not, however, a hopeless book, but it is not an easy one either: reading accounts of displacement, enforced destitution and rape never will be. Its power lies in the way it cuts through silence and makes experiences plainly heard so that these issues may no longer be marginalised, stereotyped and rendered invisible.

Fragments is the fifth Hafan anthology to gather together refugee and asylum seeker experiences, but it is the first one to focus specifically on women’s stories. Jeni Williams, one of the editors of the collection, says that the lack of “educational opportunities, facility with the English language, lack of familiarity with speaking in public, [and] a traditional association of women and the home” help explain why women have not featured heavily in previous works.