New review: Sex and the City the movie – Having your (wedding) cake and eating it

The Sex and the City movie makes for a disappointing postscript to the more subversive TV series, argues Catherine Redfern 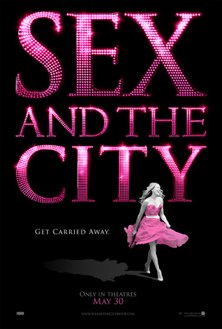 This review contains spoilers after the first section. Read at your own risk.

While obviously not perfect (frankly, what TV show is?), I do believe that Sex And The City put forward some genuinely feminist messages during its six-series run. Messages such as: having a perfect wedding isn’t the end of the story; don’t judge people on appearances; women’s sexual pleasure is important; you shouldn’t become dependent upon a man; your friends can be the more important people in your life; you can choose to be childless and happy; don’t stereotype people; follow your own path in life; you don’t have to get married to be in a happy relationship; there’s nothing wrong with being single… and so on, and so on.

So I was keen to see how the film would take forward the storylines of the four characters, now in their 40s, and what new messages or subversive, unexpected angles it would explore. I also wondered how they could possibly get any new plotlines that we hadn’t already seen before.