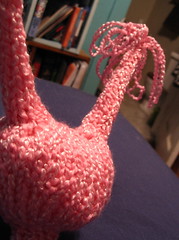 This year in the UK there will be approximately 40,000 hysterectomies performed on the NHS. For private operations, the figure is not so well-known and estimates vary from 20,000 to 50,000. So, in total, between 60,000 and 90,000 hysterectomies are performed each year in the UK. The woman undergoing a hysterectomy is, statistically, likely to be in her early 40s. She’ll have had a total abdominal hysterectomy – uterus and cervix amputated – as a ‘sub total’ is rarely performed. If the ovaries are kept, and increasingly in most cases they are not, they will fail within five years.

By the age of 55, one woman in five will be wombless. In the USA the ratio is a mind-numbing one in three. These statistics are shocking and this pattern has remained for at least a decade. It’s hard to countenance that these latest figures show a fall in the number of hysterectomies performed.

Hysterectomy is a euphemistic term that describes the amputation of the uterus, cervix, fallopian tubes and ovaries. These are often described as the internal reproductive organs of a woman. As far as medicine is concerned, these organs are geared towards getting the woman pregnant and bringing a baby to term; you don’t need a vagina to give birth to a baby. Once a woman has done this procedure, usually twice in her reproductive life span, the uterus and cervix are considered by many to be useless.

Photo by xamonster, shared under a Creative Commons license