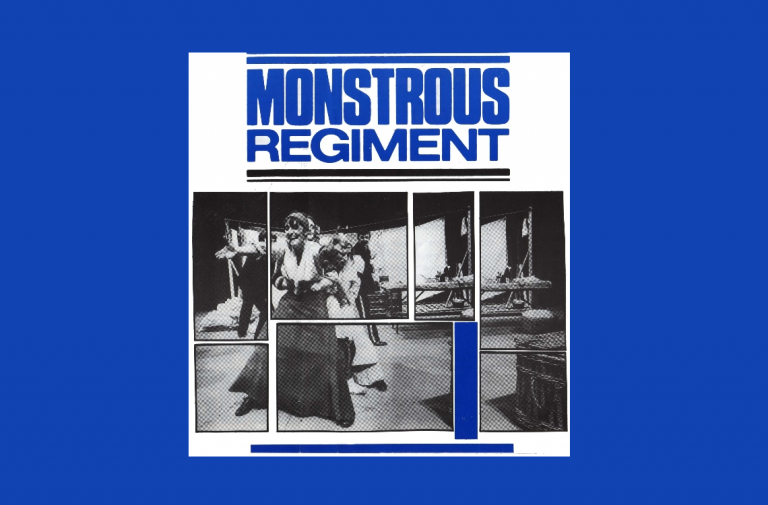 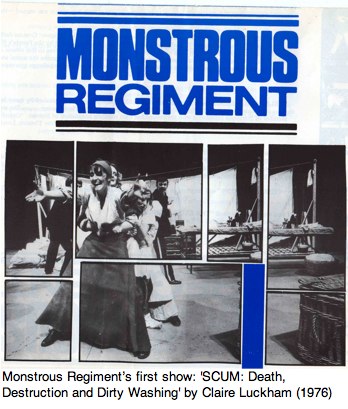 They had fiesty names like Cunning Stunts, Beryl and the Perils, Monstrous Regiment and Gay Sweatshop; their goal was to use theatre to question power structures and shake down patriarchy. Reclaiming the work of female playwrights – or ditching single-author gigs altogether to devise work collectively – these pioneers claimed big, juicy roles for women and immersed their personal experience into their performative acts.

“Some companies put emphasis on the message and getting it to new audiences to serve a feminist revolution,” explains Susan Croft, author of She Also Wrote Plays: An International Guide to Women Playwrights, reflecting on the surge of women’s theatre companies in the ’70s. “Others emphasized the art form, exploring the possibilities of female language, buffoonery, wild satire, mockery of ‘positive images’, and darker hidden desires (liberated from images of nice girls).”

In collaboration with Jessica Higgs, the artistic director of In Tandem TC, Susan has swung her vast knowledge of women’s theatre into managing the first phase of Unfinished Histories, an oral history project recovering histories of radical theatre practitioners from the peacenik ’60s to the Tory recession, via women’s theatre in the ’70s and ’80s. Destined for the National Sound Archive, the V&A and the Bristol University Theatre Collection (with a multi-media website), Susan tells me that “the next stage of the project will focus more broadly on political theatre, with experimental, gay and lesbian, black and Asian companies of the period as well as more women’s companies”.

To help with the proceedings, the project has just released Women’s Theatre 1970s and 1980s: Recollections and Reflections, a 46-minute CD of interviews destined to raise some much-needed cash. With punk-rock sized excerpts (mostly a few minutes each), a swathe of cheeky stories zaps the listener into an unapologetic place of women’s innovation – where dominant representations of female roles were thrown out and protests against ‘The Man’ were imbibed with spectacle-generating happenings. (There’s truly great stuff here. The first public Women’s Liberation Movement protest at the Miss World contest in 1970 saw the Women’s Street Theatre Group standing in line with lit up nipples and crotches, laughs interviewee Lily Susan Todd on track five).