Nigeria’s House of Representatives has passed a bill outlawing same-sex marriage. Sokari has more. Meanwhile, 160 MEPs signed the declaration on making sure civil partnerships and same-sex marriages carried out in one member state of the EU are recognised in all the others – but it was well short of the 393 signatures needed to move forward.

AlterNet reports on an “Evangelical anti-feminist” movement which actually calls itself “The Patriarchy Movement”. Via Twisty.

brownfemipower and Jessica Hoffman from make/shift magazine are working on a collaboration – the first posts are up, and the idea is beginning to emerge. One to keep an eye on as it develops.

The Sunday Times ran a column berating mothers for not taking time to cook proper meals, yet again. Hortense at Jezebel demolishes it so we don’t have to. Best line: “There is no mention of a father knowing better, or a man spending money on frivolous things instead of a decent roast or some such.”

This is an interesting, worrying, and confusingly written article about a panel on the status of women and girls in Africa.

Charcoal Ink posts about negative reactions to her Afro.

Michelle Obama is incredibly popular for a first lady, according to poll results reported at Michelle Obama Watch. Zuzu posts about how Michelle Obama’s mother has been infantalised in the press. Meanwhile, the fashion industry is upset that Michelle is stylish without being totally consumed by fashion, says Jezebel. And the modelling industry is suddenly scrambling to find young black girls to meet demand apparently sparked by Michelle’s children, Sasha and Malia – an idea Sarah Warn unscrambles a bit over at AfterEllen. Finally, in the aftermath of the inauguration, Miriam at Feministing posts about how black tie dress codes suddenly amplify the policing of ‘women’s clothes’ versus ‘men’s clothes’.

bfp explores the biography of Sacajawea, in contrast to what is taught in US school classrooms.

There’s been a whole bunch of stories about what women in office jobs do and/or should wear. First up, grandma was a suffragette on a study on women dressing “provocatively” to get ahead. Meanwhile, the Financial Times considers how realistic TV shows are in representing the sort of thing women wear to the office.

Lisa considers why figure-skating culture is so obsessed about the outfits.

Kirsty at Other Stories considers some of Yellow Wallpaper-author Charlotte Perkins Gilmore’s other short stories.

Russia needs a renewal of the feminist movement, according to this article translated from the International Journal of Socialist Renewal.

Jennifer writes at the Hathor Legacy about the myth that men and boys just won’t read books/watch films, etc with female protagonists. And Renee at Womanist Musings deconstructs House.

Bidisha writes about sexism, racism and homophobia in sci-fi and fantasy.

Penny Red posts on the contentious proposals about changing the prositution laws in the UK.

Annie Mole posts about how the job of cleaning the Tube has switched from a female-coded job to a male-coded job, along with a fantastic photo and anecdote about women “fluffers” in 1955 – yeah, that’s really what this job used to be called!

Apparently folks on the other side of the pond have a whole genre of fantasy set unconvincingly in Scotland. Yonmei at the Feminist SF blog has more.

Overheard in the Newsroom is addictive reading for journalists. But some of the posts are quite… revealing… about newsroom chatter. For example this and this. Oh, and this. 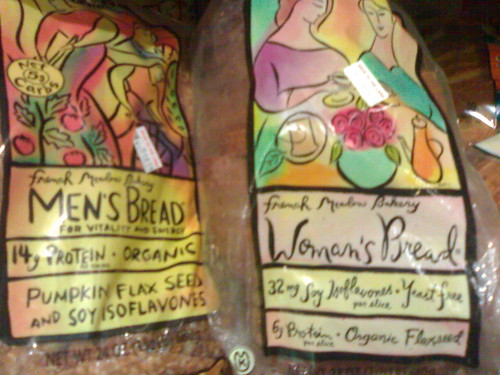