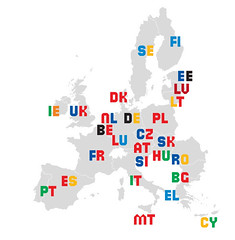 The European Parliament elections are less than a month away. This interview with MEP Lívia Járóka touches on sexism in European politics and the situation faced by Roma people, particularly in Italy and some parts of eastern Europe.

Asked if European politics is sexist, she said:

Being a woman in the political arena is difficult, but it’s even more difficult to bring issues relating to women to the foreground. It’s difficult to convince the establishment that women should have a presence in institutions. On that side of matters, yes, I do think that European politics is somewhat sexist. And also because whenever people are needed to represent issues which are not very popular, such as global poverty, or when a new face is needed to represent parliament, women are always chosen, whilst for matters of economic prosperity it is always men who are held up in front of voters.

(The European Women’s Lobby is a good resource for news on how European politics affect women – just as an example, they note here that the 69% male parliament just days ago rejected proposals which could see protections for pregnant women and maternity leave standardised across the EU. UK readers can find a bare-bones list of candidates in your region on the BBC.)

Image by centralasian, shared on Flickr under a Creative Commons license