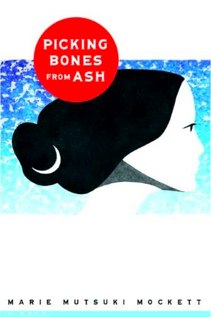 The relationships that women have with their mothers and the debts we owe them for bringing us into the world have long been topics for exploration in popular literature. Indeed, one would think that Amy Tan’s The Bone Setters Daughter would have been the definitive tome on the subject, with its themes of filial devotion entwined with the cultural and language difficulties within immigrant families.

However, it appears that these subjects provide a seam of literary inspiration that just keeps on giving – providing, as they do, the pivots around which all the characters in Marie Mutsuki Mockett’s debut novel, Picking Bones from Ash, revolve.

The book’s two protagonists are Satomi, a young Japanese woman who is taught from an early age that a woman only succeeds in life by being talented and, in part two, her US-born daughter, Rumi, a gifted authenticator of Asian antiques. It begins by describing Satomi’s childhood, which takes place in rural Japan in the 1950s. Because she does not know who her father is, and her mother runs a small bar to support them, the two frequently face scorn from most of the local women. Satomi’s mother eventually marries, largely for their financial security and to ensure that her daughter has the social standing necessary to become a famous pianist. As she goes to Tokyo, and later Paris, to study, she becomes increasingly independent and alienated from her mother. A series of events towards the end of part one are to have far-reaching and fateful consequences both for Satomi, and her daughter.

At a key moment in the story, the plot abruptly switches its focus to Rumi, who is living in San Francisco in the ’80s with her French-born father. Told from an early age that her mother is dead, when she begins seeing a ghost, she’s convinced it is her spirit reaching out to her. Her quest to discover the truth about what happened to Satomi leads her back to Japan, where the reader is asked to think about what happens to a woman when she makes the difficult decision to leave her mother, and what can happen to a daughter if her mother chooses to abandon her in order to realise her own ambitions.

Even if they are not always with us in a physical sense, a mother’s presence will always be the guiding force of a woman’s life

Matsuki Mockett is a remarkably engaging writer who manages to pull her audience into the protagonists’ worlds from her first sentence. Her evocative descriptions of Japan conjure up images of a geography and culture rarely experienced by Westerners (her descriptions of the Shinto religion are particularly excellent) that linger in the mind long after the reader has turned the final page. And, in Satomi, we are presented with a strong, forthright woman whose (often selfish) actions throughout the novel only serve to make her appear a more rounded and realistic character.

However, Picking Bones from Ash is not without its flaws. The character of Rumi often falls flat when compared to her vibrant and complex mother, and you frequently find yourself wanting the story to speed along so we can see events from Satomi’s point of view once again. Also, whilst Matsuki Mockett creates male characters who make interesting choices of their own, they are remarkably one-dimensional – the Westerners in particular only appear to be concerned with their own wellbeing. While we are supposed to understand the choices that Rumi’s father, Francois, makes in order to protect her, when viewed in context of the whole novel, you find yourself frequently disgusted by him and the way he chooses to entrap Satomi in order to get the physical affection from her he so craves.

Ultimately though, this is an accomplished and well-written debut novel, which successfully manages to make the reader emphasise with its two strong female protagonists, even if we don’t always agree with their actions. And, perhaps most importantly of all, it leaves us with the knowledge that even if they are not always with us in a physical sense, a mother’s presence will always be the guiding force of a woman’s life.

Christina McDermott is a freelance writer, amateur baker, flawed feminist and professional Domestic Slut who somehow ended up living in Liverpool with a Communist Scotsman. She currently spends her time between there and Manchester and can often be found hiding in a good cafe with a large mug of tea